By Recruitment Expert25.01.2023Blog
No Comments 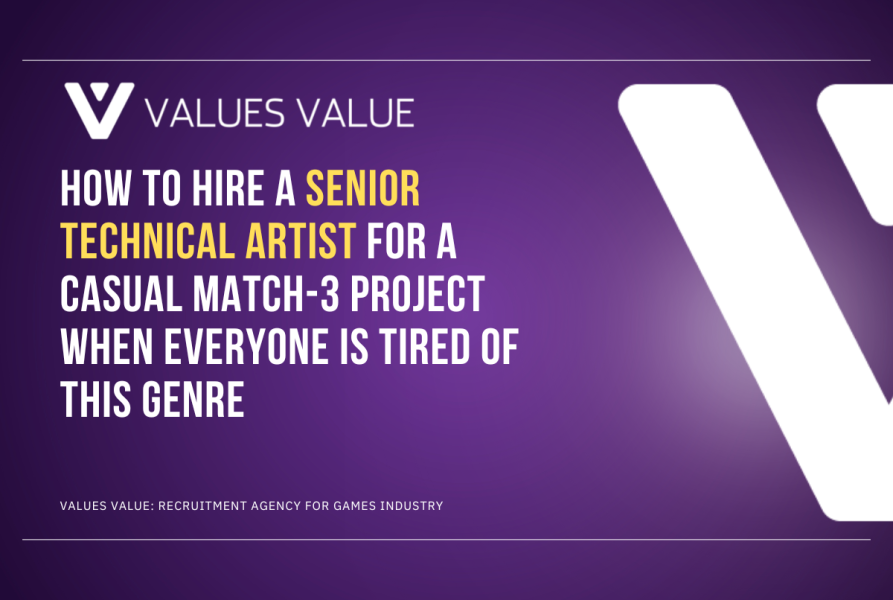 Profile of the desirable candidate

The client (Turkish company) was looking for a candidate with 3-4+ years of experience in the role plus with management experience, fluent English, skills of working with Unity shaders and particle systems and good game feeling (match-3 genre).

They immediately rejected candidates with poor English, without the ability to write or change shaders, as well as with experience purely in slots/social casino projects.

The client was looking for a candidate for remote cooperation. The option of relocating to Istanbul was offered after the trial period if the candidate wished.

What helped to fill the vacancy

In the end, we found and hired a candidate from Zynga. We managed to attract him with the level of independence in this role and the fact that the projects are at an early stage. 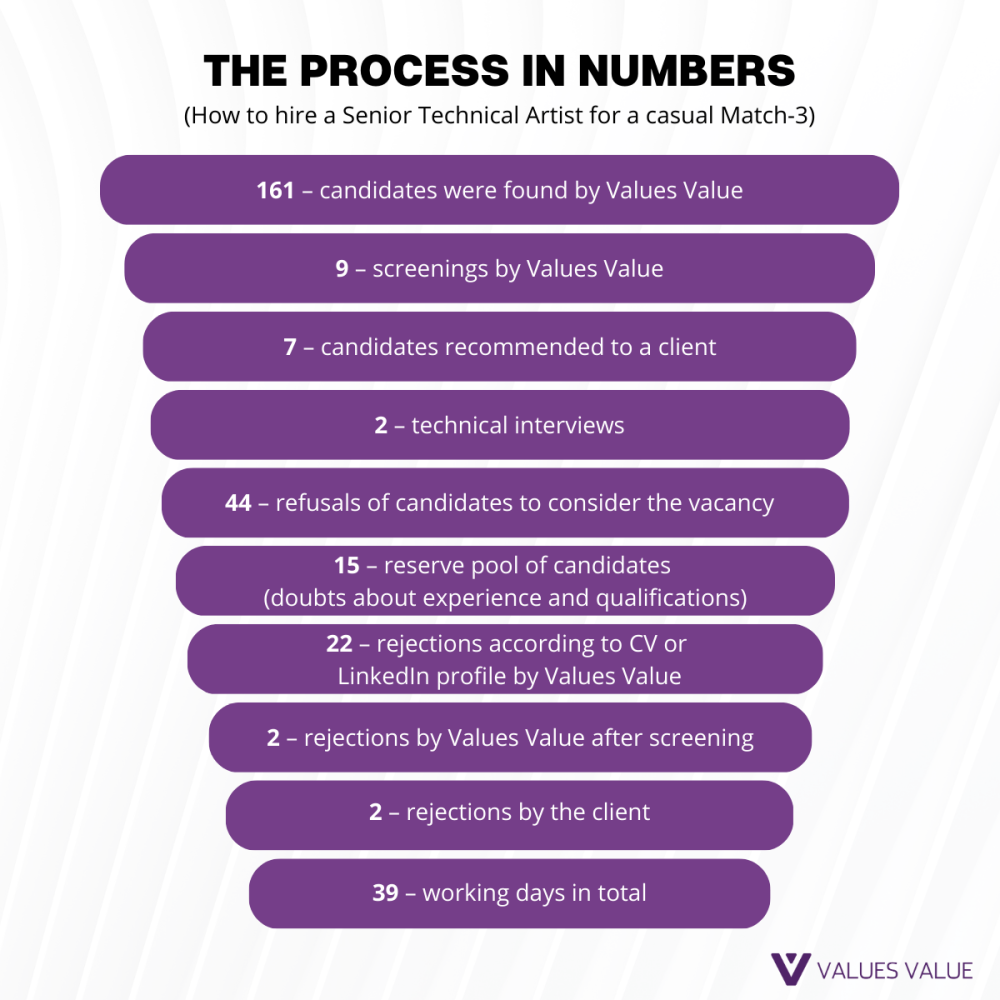 From the Values Value side, the process was owned by Anna Vaschenko, the Recruitment Lead. The sourcer on the project was Sergey Mynchenko, the Talent Sourcer. Great job!